What is a Web Application: Nowadays, the Internet is one of the best places to start your business.

You can start your business with very low investment and grow it to a billion-dollar company.

All you need is a Web Application that will help you to interact with your customers or audience.

Besides business, there are various other uses of a Web App for a normal user as well.

However, if you want to become a developer and looking forward to exceeding your knowledge related to Web Applications and their working. Then this article is for you.

In this article, we will take a deep look into the Web App, it’s working, benefits, and various Examples of a Web App.

So, let’s start with the actual definition of a Web Application.

Web Application is a type of program which runs inside a Web Browser and helps the user or client to interact with the Web Server to perform the required tasks.

In simple words, any application which is running in a Web Browser (Google Chrome, Firefox, Safari, etc) is called a Web Application. The Web Application can be a simple calculator or a big E-commerce website.

Now that we have a basic understanding of Web App. It’s time to take a deep look at the working of it.

How does a Web Application Work

Every Web Application consists of two parts, which are the Front-End and Back-End of an Application.

Front-End is responsible for the overall looks of an Application. Without Front-End, it is not possible to use the application.

So, it is a part of a Web App that helps the user in interacting with the Program. Like – Button, Menu, Form, etc.

The languages which are used for creating a Front-End of a Web App are HTML, CSS, and JavaScript which are called Client-Side Scripting Languages.

On the other hand, Back-End is responsible for managing the Client requests and Database. Without Back-End, our application will not produce any result.

So, it is a part of a Web App that is responsible for doing all the calculations, automation, and making our application dynamic.

The languages which are used to create a Back-End of a Web App are PHP, Python, Ruby, Java, and many more. These types of languages are also called Server Side Scripting Languages.

So, the Web Applications that use Server or Server Side Scripting Languages are called Dynamic Web Apps.

On the other hand, the Web Apps that do not use Server or Server Side Scripting Languages are called Static Web Apps.

So, the Front-End and Back-End of a Web App interact with each other to produce the required result.

The interaction between Client and Server is performed in the following 5 steps:

Since one website can contain multiple Web Apps. So, there is not much difference when it comes to a Web App and Website.

A Web Application is usually dynamic as it requires user interaction or input to process. On the other hand, a website is generally static as it doesn’t require any input from the client-side.

The working and development of a Web App is very complex and requires a good knowledge of the Front-End as well as Back-End.

On the other hand, working and developing a Website is quite easy and doesn’t require much knowledge as compared to Web App.

Websites are not much User Friendly or Engaging as compared to Web Applications.

There are several benefits of using a Web Application. Some of them are as follow:

Some of the Best Examples of Web Applications are:

Hope you like the article on What is a Web Application. We also have an article on the Server and it’s working, which you must take a look at.

What is Django and Why You Should Learn It in 2021?

React vs Angular : Which One is Best for Your App in 2021 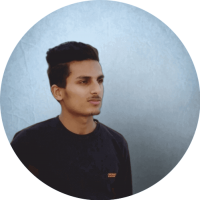 Hi! My name is Shivam Jaswal. I'm a technology enthusiast and enjoy the process of learning new technologies. Programming or Software Development is one of the them, which is my hobby and passion as well. You can learn more about me at The CoderPedia