What is Java used for: If you have just started your Programming Journey and are looking for the most suitable Programming Language to start with. Then Java can be the best option for you.

On the other hand, if you are an experienced developer and want to get into the technology with a more lucrative career option. Then also Java is for you.

In this article, we are going to take a deep look into Java, its advantages and disadvantages, and how you can learn it.

So first let’s take a look at the definition of Java Programming Language.

Java is a general-purpose and Object-Oriented Programming Language and has a wide range of applications.

It is one of the top Programming Languages you should learn in 2021. As Java is the most popular technology among Developers and Tech Industries.

It is everywhere, as you will see a message of “3 Billion Devices Run Java” during its installation on your computer. 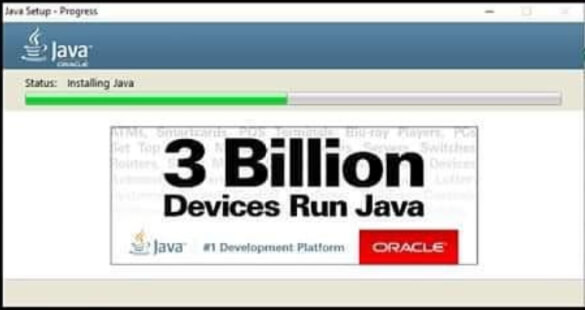 However, before learning any Technology or Programming Language, you should have definite reasons for learning it and the goals you to achieve after learning it.

So, we will discuss the Top 7 uses of Java Programming Language and why you should learn it.

What is Java mainly used for

Here are the top 7 reasons why you should learn Java in 2021:

Java is the official Programming Language for Android Development and on an approx, 46.2% of Android Applications are built using it.

As we know that Android Studio, which is the official IDE for developing Android Applications uses it.

So, if you know Java Programming Language, then Android Development will become much easier for you.

It is heavily used for developing Web Applications and is well known Server Side Programming Language.

Besides this, popular websites like – LinkedIn, AliExpress, Amazon, and many more are written in Java.

Java is known as the best language for powering IoT devices. There are several reasons behind it.

It is a platform Independent Programming Language. So, you have to write your code once and it will run on different devices, which ultimately reduces the overall work.

It is also the best choice for IoT, due to its versatility and portability, as it is used for Web Development, Android Development, Desktop App Development, and many more.

So, Integrating different Technology with Java will be much easier as compared to other Programming Languages.

This is the reason why it is used in Car Navigation systems, different Medical Devices, and Embedded Devices.

Besides the fact that there are many other popular Programming Languages like – Python, which is used in Big Data.

Still, Java is the first choice of most Programmers when it comes to Big Data Technology.

The reason behind it is that most of the popular Big Data tools like – Hadoop and Deeplearning4j are using it and its community support is also great when it comes to Big Data Technology.

Some of them are Swing, AWT, JavaFX, Griffon, and many more.

So, if you are looking forward to developing a Desktop Application, then it can be a good choice for you.

When it comes to Game Development, there are Programming Languages, like – C#, C++, which are also used by Game Engines, like – Unity and Unreal Engine.

However, if you want to learn Graphics and Game Development from Scratch, then Java is a good option for you.

There are some Frameworks and Libraries available for Game Development, like – LibGDX and OpenGL.

It is everywhere and dominating the majority of the market.

As we know that over 3 Billion Devices run Java. So, we can say that it is an Omnipresent Programming Language.

From Banking to Stock Market, it is used in every field.

Top Companies that use Java

There are a majority of the companies that are using Java for development.

So, here is a list of some of the top companies that are using Java:

How to learn Java

If you want to understand the basic of how the program run inside the hood, then there is no other Programming Language as good as Java.

With the help of Java, all your OOPs concepts will get crystal clear.

There are various resources available online using which you can learn Java.

However, I prefer the Project-Based Approach which is a more productive and fun way to learn.

So, I would like to recommend you one of the best course in Java, which will take you from the scratch to the advanced level of Java Programming and by the end of this course, you will have a couple of projects as well.

Frequently Asked Questions on What is Java used for

Is Java free or paid for Commercial Use?

Java is paid for Commercial Use. So, if you run a company and want regular support and security updates of Java (JDK) from oracle, then you have to pay for that.

So, Oracle JDK is paid now. As you will get lots of features and security updates from Oracle itself.

However, if you are using Java for non-commercial or personal use. Then, Java is completely free for you.

Which version of Java is free for Commercial Use

If you want a free version of Java for commercial use, then you should go with OpenJDK.

However, unlike Oracle JDK, With OpenJDK, you will not get any kind of security update from Oracle. As it is open-source and anyone can contribute to its code.

How much Java Cost

The price of Oracle JDK is $30/year for a single User License.

However, for Servers, the price varies according to the configuration of the Server.

Yes and No. Java is losing popularity among Android Developers after Google has announced Kotlin as their new Official Programming Language for Android Development.

However still, the popularity of Java is increasing among the developers and Tech Industries, because of its unique features.

As we know that Java is a general-purpose language. So, besides Android, there are still many other applications of Java which we have also discussed above.

Why is Java so Popular

The main reason behind the popularity of Java is its features, like – Robustness and its wide range of applications.

Does Java have a future?

Yes. Java has a bright future. As lots of companies are using Java and there is an evergreen need for a Java Developer in every Industry.

Is Java hard to learn?

Yes. Compared to other Modern Programming Languages, like – Python, JavaScript, and Kotlin, Java is Hard.

However, if you are already familiar with Programming Language, like – C++, then it will be very easy for you to learn.

Why is Java so hard?

The main reason why people find Java so Hard is because of its verbosity.

The syntax of Java is very long as compared to any other Programming Language.

Where is Java used today?

Which is faster Java or Python?

Java is faster as compared to Python. The reason behind this is that Java is a Statically Typed and Compiled Programming Language.

However, Python is a Dynamically Typed and Interpreted Programming Language.

Which pays more Java or Python?

There is not much difference between the Salary of Java and a Python Developer.

The average salary of a Java Developer in the United States is $102,013.

On the other hand, the average salary of a Python Developer in the United States is $107,705.

Should I learn Java or Python?

If you want to get into Machine Learning, Web, and Back-End Development. Then you should choose Python.

On the other hand, if you want to make Apps for Desktop, Android, Embedded Systems and want to get into IoT and Game Development. Then you should go with Java.