Augmented Reality vs Virtual Reality: AR and VR are not new terms in our modern world.

However, recent advances in technology have helped us overcome a series of challenges that stood in the way of the usage of these realities.

In most cases, people talk about Augmented Reality and Virtual Reality in the same breath. This makes sense because they have several similarities.

However, they are two different things. They are more cousins than twins. If you’ve never seen an AR device, it’s very easy to assume that everything is VR.

Since AR and VR are not the same, you need to understand the key differences so that you can use them in the right way.

You’ve probably used AR. But do you know what it is?

Augmented Reality is an enhanced or improved version of reality where content gets superimposed and gets added to the real world view of users.

Some of the common examples of augmented reality include Pokémon Go and Snapchat filters.

It also helps surgeons in performing complex procedures. However, this wasn’t always the case.

Augmented Reality originated from Harvard University back in 1968.

It was a massive headset that was so heavy that it had to be supported by the ceiling to operate.

Also, users had to be strapped for the system to work. And this was quite uncomfortable.

In recent years, the rapid advancements in AR have led to the production of industrial simulation tools, aviation, and military equipment.

However, the technology didn’t gain a massive audience until the late 90s.

Augmented Reality has shown potential by solving some of the world’s biggest problems.

From remote work to the education sector, here are some of the uses of AR technology:

Augmented Reality is used in operating the fMRI and performing complex surgeries.

It holds the power to boost the effectiveness and depth of medical training in a lot of areas.

University students can now learn human anatomy by using AR headsets to get into the human body in 3D format.

In the retail environment today, shoppers are using their phones like never before to compare prices and research on products before making buying decisions.

One of the most famous motorcycle brands, Harley Davidson has developed an AR app that allows shoppers to view what’s in store and customize them using the app to find out which colors and features they’d like to try.

Among the biggest industrial uses of AR is repairing and maintaining complex equipment.

Whether it’s an MRI machine or a car motor, maintenance staff reusing AR glasses and headsets while performing their job to get useful information about the equipment and suggest fixes by pointing out the areas that might be affected.

We expect to see more of this in the future as information will be fed directly to the headsets.

From architecture to interior design, AR is helping professionals to visualize the end products during the initial stages.

The use of headsets allows engineers, architects, and designers to step into their creations and see how their designs look and even make a few improvements.

Urban planners can model how the entire city will look like using AR headsets.

AR allows entrepreneurs to enhance efficiency and save costs across different areas of business logistics.

They include warehousing, route optimization, and transportation. DHL, a shipping company, is currently using smart AR glasses in its warehouses.

These lenses display to workers the best routes within warehouses to pick items that need to be shipped.

It has provided workers with lots of efficient ways to perform their duties and achieve their targets.

Technological advancements have improved the tourism sector in recent years, thanks to the development of sites such as Lonely Planet and Trip Advisor.

AR also presents a huge opportunity for agents and travel bands to give tourists an immersive experience before they begin their journey.

Imagine taking a virtual walk in Germany and booking a ticket or a stroll in some of the most famous museums. AR promises to make trips and vacations easier in the future.

Most learning institutions today are encouraging students to use computers, tablets, and mobile phones to access their assignments and study resources.

Educators are also using AR in classrooms to enhance the learning experience of their students.

Students who are taking astronomy courses will have the opportunity to see the solar system in 3D and understand how everything works.

The same applies to students who are taking a music course.

8. Service in the field

It could be something as large as a wind turbine or as small as an air conditioner.

Field service agents are usually sent to mend critical equipment that needs to get running as soon as possible.

Today, these agents can use AR glasses and headsets to view what they are working on and fix the problems.

Instead of spending hours reading the manual, these agents will walk in a hands-free and complete their job quickly.

In the entertainment industry, all you need to do is build a strong relationship with your audiences and characters.

Books like Harry Potter have been successful because readers can connect to the characters thanks to the movies that they’ve watched.

Entertainment personalities are seeing AR as an incredible opportunity to form deeper bonds with their audiences.

In case of an emergency, people will reach for their phones immediately to find out what’s happening. And if their loved ones are safe.

In most cases, first responders arrive on the scene to figure out who needs help and the best way to get others to safety.

AR has helped in solving the public health puzzle. Responders can be quickly alerted by wearing AR glasses.

They can also see the people who need assistance. These devices show directions and safe zones for medics and firefighters. 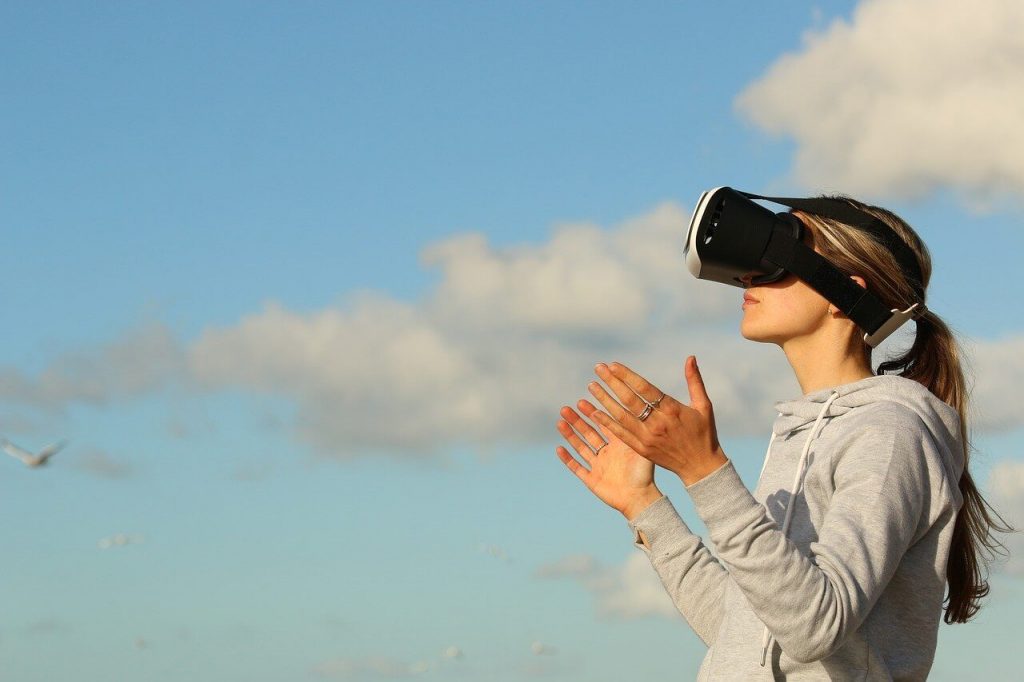 Virtual Reality is a form of technology that creates an immersive illusion of being in a different place.

With virtual reality, you can tour the galaxy in a spaceship, practice a sales pitch, perform complex surgery, and draw 3D pictures in the comfort of your home.

The popularity of virtual reality grew in 2010 when the first prototype of the VR headset was created by Palmer Luckey.

It would later evolve to become the Oculus Rift. Palmer launched the Kickstarter campaign and raised $2.4 million back in 2012.

In 2014, Mark Zuckerberg bought the organization for two billion dollars.

Since then, several competitors have emerged from Sony’s VR PlayStation to HTC Vive.

Other equipments such as Google Daydream and the Samsung Gear VR have been launched. 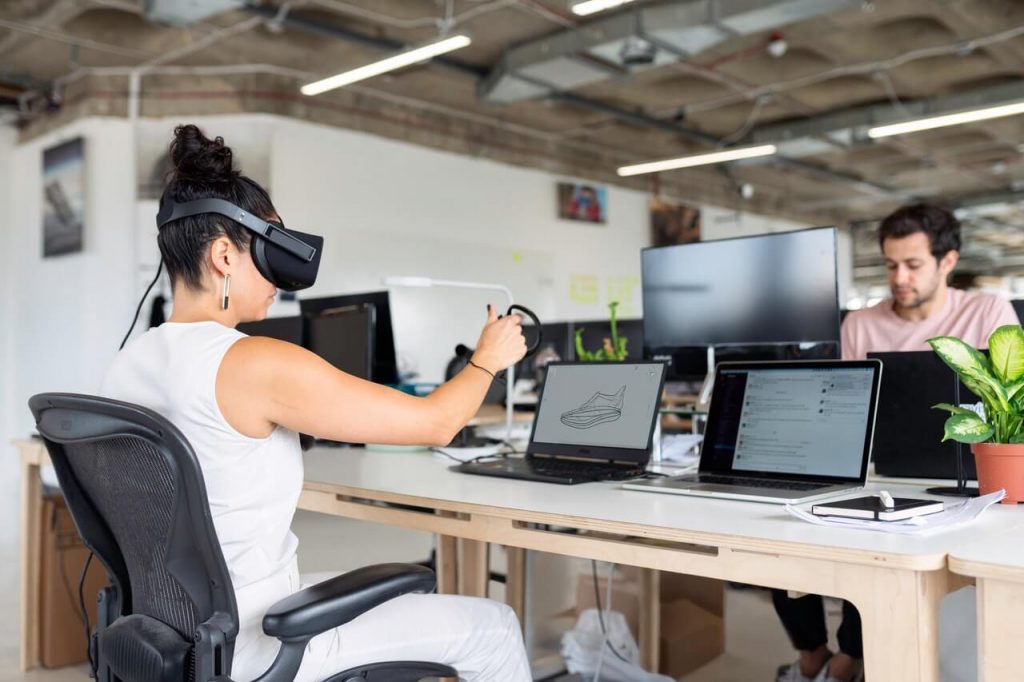 Virtual Reality has transformed how people and organizations interact with each other in different environments.

Although this trending technology has been linked to the gaming industry, it is being applied in different fields to help users experience the environment in different immersive ways.

Here are some of the uses of VR technology in our world today:

Some organizations are using virtual reality to train and recruit their workforce.

For instance, during recruitment, a company can use simulated interviews to help in choosing the ideal candidate.

The use of VR in the workplace will help potential employees have a feel of the typical day at the office. And be prepared to solve challenges that may arise.

Many organizations are embracing virtual sharing to allow personnel to work together on projects and assignments without having to relocate.

For instance, a company with remote workers needs to coordinate so that they can complete their projects on time.

Since teamwork is an integral part of the organization’s success, VR technology makes it easier for employees to hold meetings through video calls and conferences and discuss issues.

With this technology, employees don’t have to meet face to face. This saves commuter costs and time.

Virtual reality enables businesses to generate fresh ideas and test them before executing them in the real environment.

This form of the technology enables companies to forecast and determine their performance beforehand.

For instance, car manufacturers can test and determine how well their products will be accepted in the market.

The uses of virtual reality in the health sector cannot be ignored. Medical experts use this technology to help patients undergoing painful treatments.

Patients wear VR headsets to distract themselves and confuse the pain. Dentists can also use this technology when performing dental surgeries.

The number of autistic people has been rising rapidly in recent years. This problem has been caused by increased awareness and the environment.

This has been achieved by introducing patients to a wide range of social scenarios and using medical and psychological training.

PTSD is common among veterans due to the horrors they experienced during combat.

This disorder has taken over the world like never before. PTSD is also common in the general population.

It is a mental disorder anyone who has gone through scary experiences such as abuse; sexual assault or accidents can face.

Virtual Reality can help in treating fear in patients by reliving their experiences. As a result, they can cope with them better.

Similarities and Differences between AR vs VR 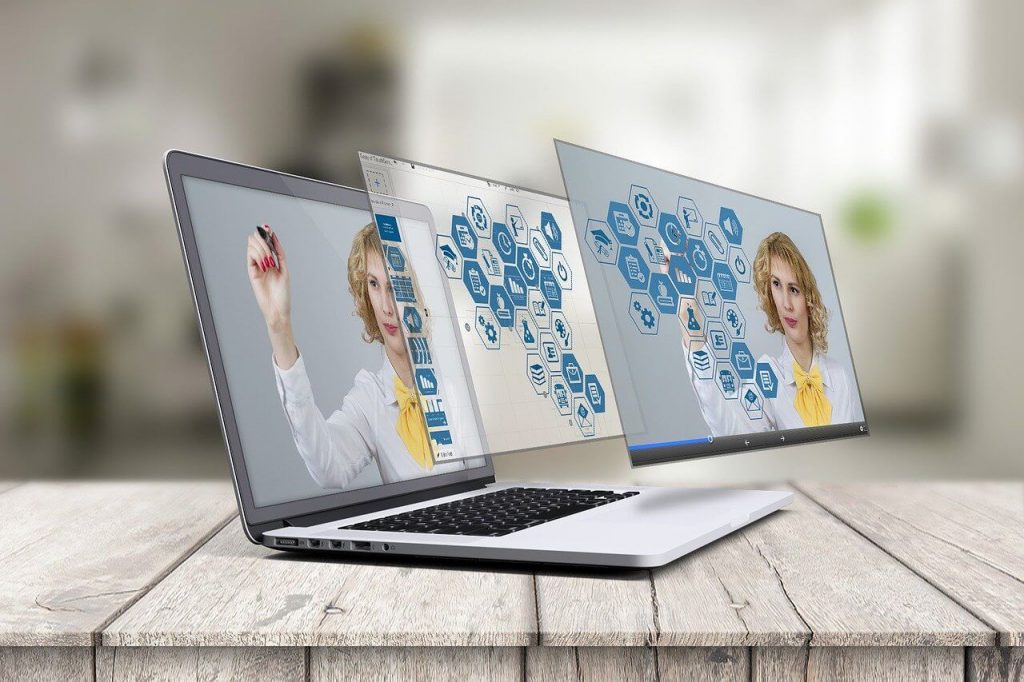 There are a few similarities and differences between Augmented Reality vs Virtual Reality. Let’s start with the similarities:

The future of AR vs VR

The future of Augmented Reality vs Virtual Reality is brighter like never before. Market reports show that AR and VR will become an eighty-billion-dollar market in the worst-case scenario.

The majority of people are adopting these technologies to improve the quality of their lives.

The main constraints of adopting them are user experience, price, and development of content.

Hope you like the article on Augmented Reality vs Virtual Reality.

AR and VR has been earning people’s attention. And they’ve grown rapidly over the years.

Understanding how they operate will help you apply them to your organization and life.