How to Upgrade Windows 10 to Windows 11 for Free: As you know that Windows 10 is one of the most popular Operating Systems available nowadays.

Now, recently Microsoft has announced a successor or upgraded version of Windows 10 which is Windows 11.

There are lots of new features that are coming with Windows 11 which we are also going to discuss in this article.

One of the most resourceful and exciting features of Windows 11 is its support for Android Apps.

So, now you can run all the Android Apps on your PC as well with the help of Windows 11.

Besides that, the overall look or User Interface of Windows 11 is much similar to mac OS.

So, if you also want to install the latest version of Microsoft Windows on your PC, then this article is for you.

However, before getting into the actual installing process. Let’s take a look at the System Requirements for running Windows 11 on your computer.

Here are the recommended System Specifications that you must have, to run Windows 11 on your PC:

3. Storage – The minimum storage requirement for Windows 11 is 64 GB.

4. Graphics Card – Your Computer should have DirectX 12 with WDDM 2.x

7. Display – You should have a monitor with an HD display which should be greater than 9 inches diagonally.

8. Internet – You should have Internet Connectivity and Microsoft Account.

Here are the steps that you need to follow to upgrade from Windows 10 to Windows 11:

1. Click on the Windows Start Menu and select the Setting tab.

3. After that Select the Windows Insider Program and click on the “Get Started” button. 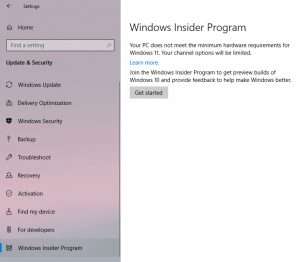 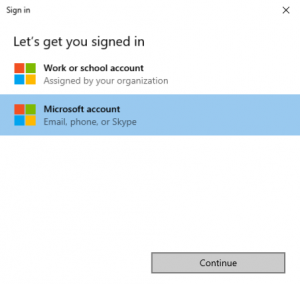 8. After Signing In with the Microsoft Account, you will see the Window below from where you have to select the “Dev Channel” as your Insider Setting.

9. Then you have to select the “Windows Update” option and click on the “Check for updates” button. 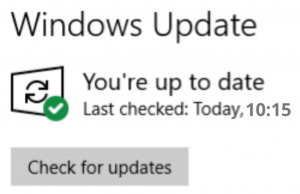 10. At last, you will see that Windows 11 Insider Preview is getting downloaded to your computer.

After the downloading will get complete, you just have to install Windows 11 and you are ready to use the latest version of Microsoft Windows on your Computer.

Here are some of the out-of-the-box features which you will get with Windows 11:

1. Faster Boot Up – With Windows 11, you will get the faster Boot Up speed as compared to previous versions of Microsoft Windows.

2. Start Menu & Taskbar – The position of Start Menu and Taskbar is also changed.

Now, the overall look of Microsoft 11 is much similar to macOS. So, now you will see the Start Menu and Taskbar in the center.

4. Smaller Updates – As you know that getting large and regular updates was one of the biggest problems in Windows 10.

However, with Windows 11, this problem has been solved. Now, the size of updates will be much smaller as compared to Windows 10

6. New Themes and Widgets – Now, you will get lots of new themes and widgets, which will give a completely new look to your computer and make your task much easier as well.

So, now you can run all the Android Apps on your PC without installing any emulator.

8. Auto HDR – You will also get the feature of Auto HDR, which will enhance your gaming experience quite a lot.

9. Snap Layout – While using Computer, we run multiple applications or tasks at a time and shift from one task to another. Like – going from Visual Studio Code to Google Chrome and then to Microsoft Excel.

With Snap layout, you can customize the placement of running tasks or applications.

So, Unlike Windows 10, In Windows 11, you can change the order of tasks that you are running on your computer.

10. Microsoft Teams – In Windows 11, you will get built-in support of the “Microsoft Teams” application. So, you can connect with the other devices (Android, Apple, Mac) more easily.

Hope you like the article on How to Upgrade Windows 10 to Windows 11 for Free. We also have an article “Windows vs Linux“, which you must take a look at.